Sport Fishing Guide Board proposed to the Alaska Legislature 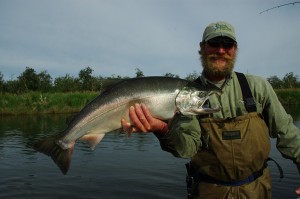 Senate Bill 24 seeks to achieve two goals, each consistent with the language set forth in the State Constitution which mandates sustainable development for the maximum economic benefit of Alaska. The first goal is to assure that Alaska’s sport fishing services continue to compete favorable in the marketplace with the best in the world.  The second goal is to assure that, as the state’s valuable fishery resources are invested in the sport fishing services industry, the State of Alaska is doing so as would a diligent investor in any business. SB 24 achieves these goals by establishing a more accurate, stable and appropriate regulatory framework than currently exists. Also, by shifting regulation of the industry from the Department of Fish and Game to a Sport Fishing Guide Services Board established within the Department of Commerce, Community and Economic Development SB 24 places sport fishing guides alongside other analogous industry groups. The new board is modeled on a similar board created for big game guides in 2005 and will promote self-regulation, quality control and accountability in the industry. 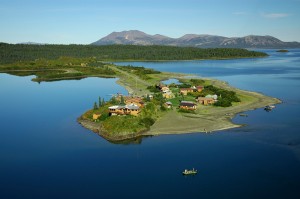 Tikchik Narrows Lodge from the sky

SB 24 also recognizing the importance of the logbook program by proposing to permanently repeal the logbook’s termination language in the existing statute. The Alaska legislature extended the program’s termination date for one year only in both 2009 and 2010. Data collected through the logbook program provides information fishery managers need.  The program also allows Alaska to receive an exemption from the National Saltwater Angler Registry; a federal program that would begin levying fees for registration in 2011.

The following is an editorial comment by Bud Hodson

Senate Bill 24 is identical to a proposal put forth by a guide task force two years ago. The mission of the task force was to explore a way to reduce the number of guides and charter boats in some of Alaska’s fisheries.

The task force foolishly thought they could come up with a bill that would mask the real intent for the bill, limiting entry. When the Alaska Department of Fish & Game and the task force introduced this proposed legislation to the industry two years it was shot down. The Dept. was reminded that the proposed bill is unconstitutional and the only way to limit entry of Sport Fishing Guides was to use a lottery system which is totally unacceptable to the industry.

So now, this same language shows up and gets introduced to the Alaska Legislature. For most of the industry this is a bad bill. The creation of a guide board mirrors the Big Game hunting guide board. The sport fishing guide board was a naive attempt at masking the limiting of guides. Take that unconstitutional part out of the bill and we are left with a board that will burden us with regulation and paperwork to try and justify their existence; it’s a joke. 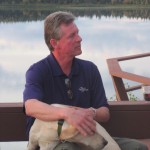